Some human beings have a multitasking functionality installed in them.

Just like an Octopus, Pastor Nesh proves that no human being is limited and with the God given multitasking capabilities, he’s not only a Pastor but also a musician.

Speaking to MITEGO SASA, Nesh revealed that his multitasking capacity has helped him seal man deals in the entertainment industry.

“I’m a pastor, musician, a music producer, a video director, an actor and an author of several books” said Nesh.

His claims are clearly proven through the Zora show where plays a role of Fela’s Barman and best friend.

He has authored more than five books already and preaches the gospel in the WoW Sanctuary in Kenyatta Road, Juja.

Nevertheless, Nesh has been involved in the Nairobification on YouTube as a director and executive producer.

Nesh again has a role as a director of KAMNAO Tv programs and also a Vlogger on YouTube.

In WoW Empire, he indeed got a major role as a graphics designer and among the music and vide producers of that firm. 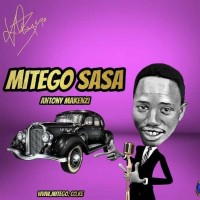